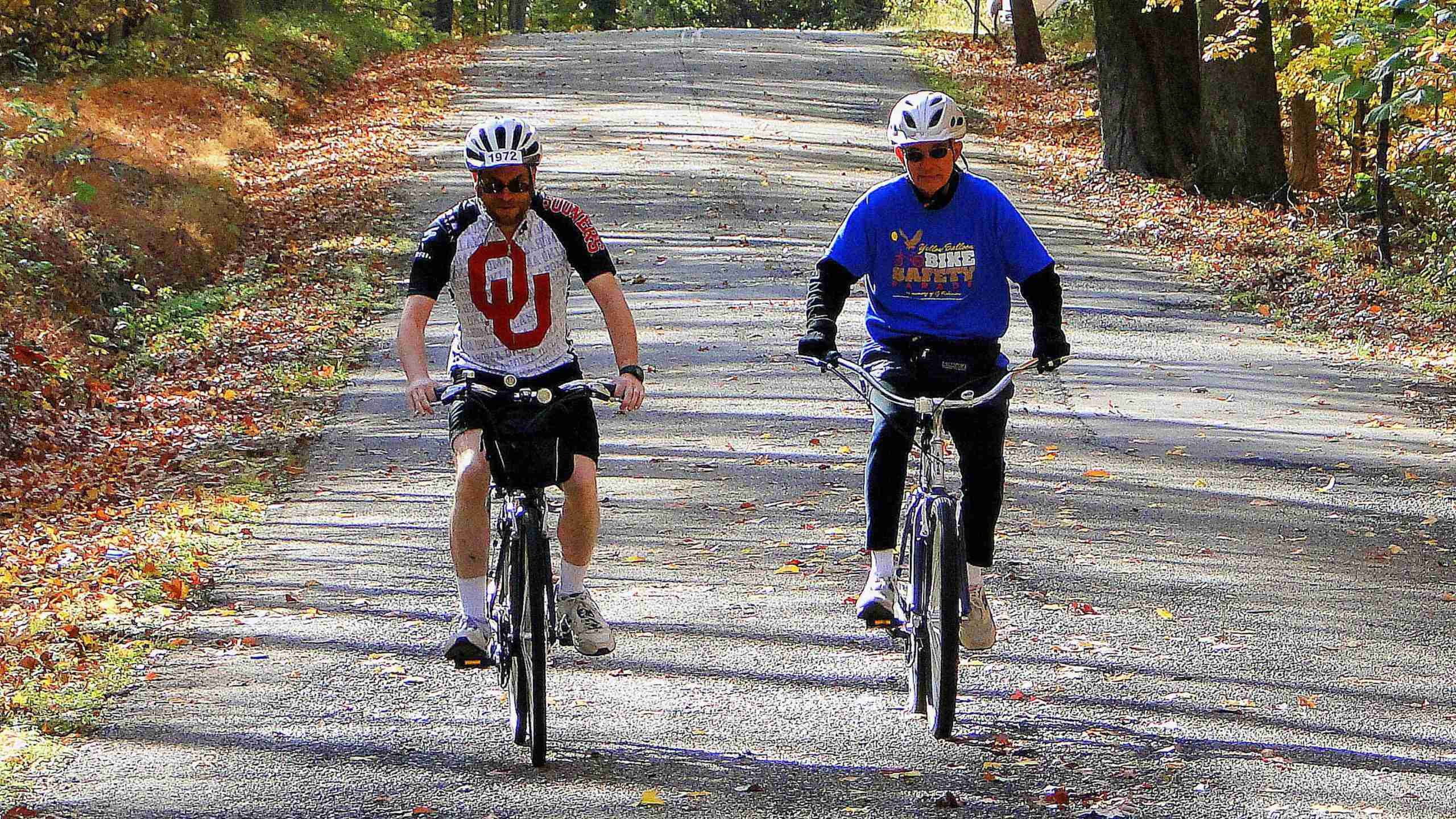 Bicycle trails and pedestrian pathways along the Lower Mississippi River offer scenic vistas, glimpses of wildlife, and the ability to enjoy the river and local culture along the way.

One of the longest bicycling trails in the United States follows the entire length of the Mississippi River. The Mississippi River Trail offers 3,000 miles of bike and pedestrian paths as it follows the river from the river’s headwaters at Lake Itasca in Minnesota to the Venice, Louisiana, near the Mississippi’s mouth at the Gulf of Mexico. Much of the trail runs along paved roads. It was designated one of 17 National Millennium Trail during the administration of President Bill Clinton.

Sections of the Mississippi River Trail are off limits to motorized vehicles.

A portion of the trail in New Orleans, for example, runs atop the main river levee for more than 20 miles, from Audubon Park in New Orleans to the Bonnet Carré Spillway in St. Charles Parish.

New cycling paths are emerging along the lower river, and biking tours and events are on the rise. For example, cycling enthusiasts and riverfront developers joined forces in Memphis, Tennessee, and West Memphis, Arkansas, to turn the old Harahan Bridge into Big River Crossing, a bike and pedestrian trail. It is the first permanent bike and hike path across the Lower Mississippi River. Big River Crossing, extending nearly 1 mile, is also the longest public pedestrian pathway across the Mississippi River.

The old U.S. 80 bridge at Vicksburg is occasionally used for biking  and running  events.